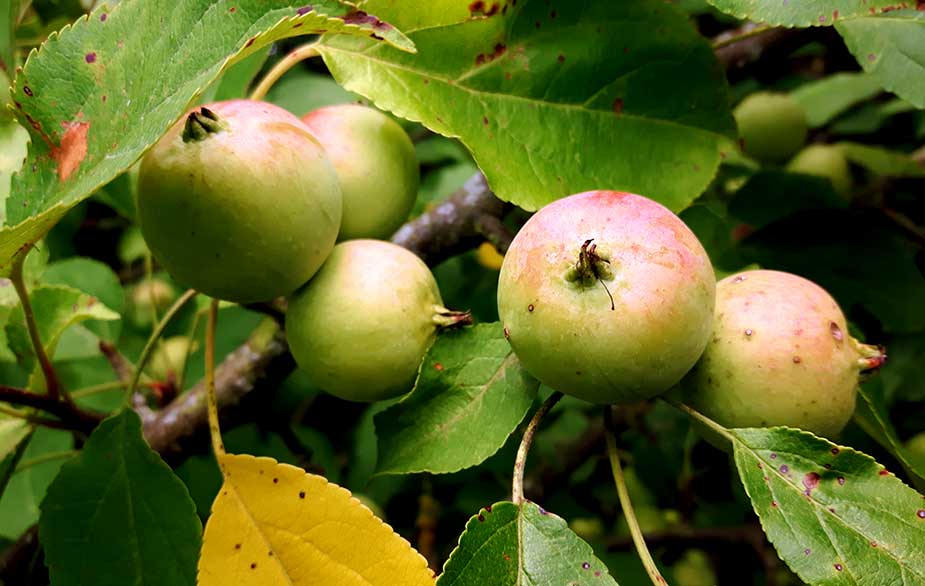 Crab Apple is one of the most common wild edibles, really appreciated by foragers. Fruits are picked in late summer to early autumn and are used to make all kinfs of preserves due to its high content in pectin.

Crab Apple is native to Europe.Widespread throughout the UK and Ireland.

Where to find Crab Apples

The main habitats of Crab Apple are hedgerow, scrub, roadsides and woodland.

When to find Crab Apples

How to identify Crab Apple

Crab Apple is a deciduous tree, generally of small size. Branches tend to look gnarled and leaves are dark green, oval with toothed edges. Flowers have 5 petals and are white to pink. Fruit is round, small and may vary in colour from green to yellow to red.

Crab Apple is the wild counterpart to the cultivated Apple (Malus Pumila). Crab Apples tend to be smaller, sharper in flavour and have more seeds. On the other hand, they have higher content on pectin, which makes them useful for preserving.

Different Malus sp. cross-pollinate and therefore hybrid species are common. In fact, Apple in general can be quite variable in size, shape and colour. All species and hybrids are edible. All about Crab Apple

Crab apple is one of the most appreciated trees growing in British and Irish hedgerows and woodland edges. They produce beautiful fragrant blossom in spring and prolific fruit in late summer, which are most welcome by foragers and wildlife alike.

Many suburbs are built on old orchard sites and remains are often found from one garden to another, on street corners and public parks. Likewise, many are planted for their ornamental value. Roadside trees are however much more likely to have grown from discarded cores.

The fruit is an astringent and laxative.

he fruit may vary in texture, flavour and aroma; from crisp and crunchy to dull and mealy, and everything in between. Crab Apple is generally sharper in flavour than cultivated varieties and is normally treated as a cooking apple.

Crab Apples are high in pectin and therefore are great for helping preserves to set. Think of jam, jelly, chutney or apple cheese, which taste quite similar to membrillo.

The fruit can make a few nice drinks such as juice, cordial, cider or flavoured liqueurs. Just like any other Malus sp., Crab Apple seeds contain the toxin hydrogen cyanide and should not be consumed in large quantities.

It is noted for attracting wildlife, including small birds, mice, voles and the larvae of certain insects, who willl eat the fruit. 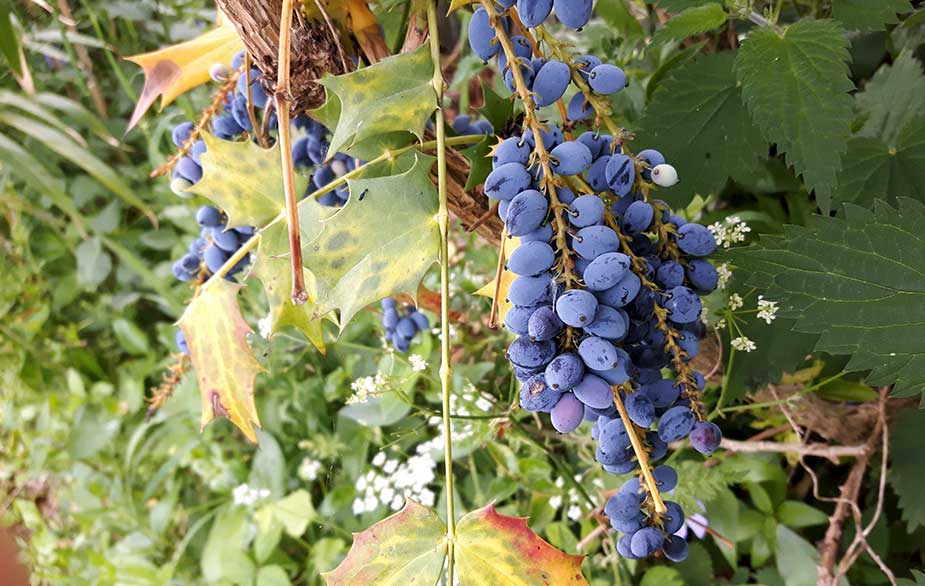 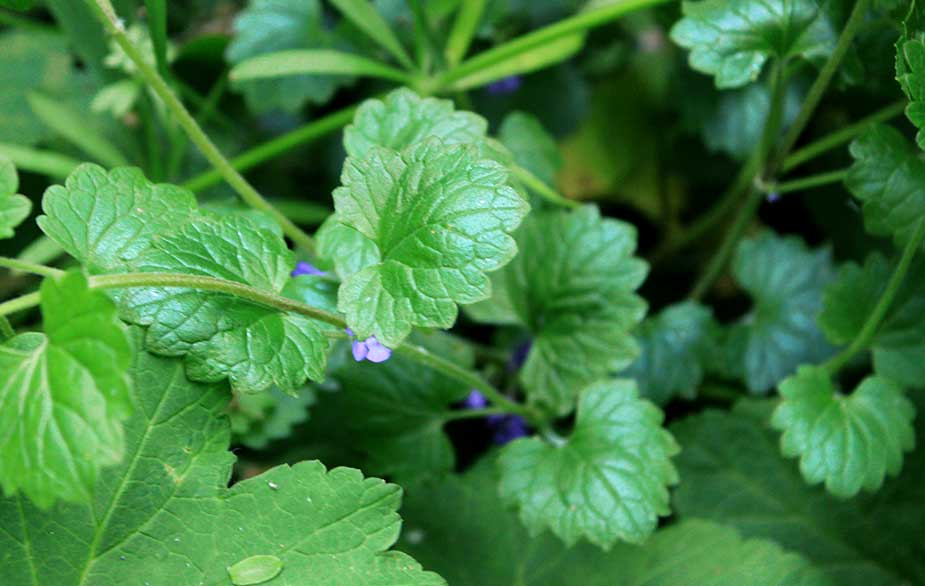